Social Media Spotlight – Volkswagen Does Anything For Jetta 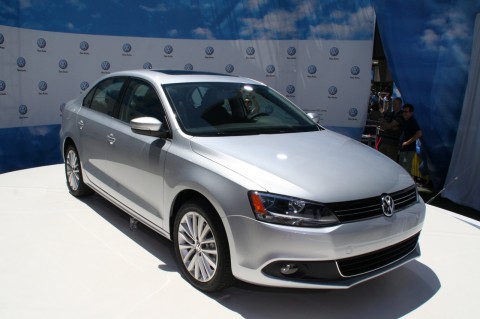 Volkswagen has been standing out in peoples mind when it comes to their innovative and often striking marketing campaigns both offline and online. Their marketing activity in India where they have grown very quickly into one of the most desired car brands has covered everything from The VW Polo Cup racing series to newspaper advertisements that had people drop their coffee and jump back. Remember when you opened the newspaper and it started talking about the VW Vento? From talking newspapers to some of the funniest viral videos, Volkswagen is one to watch when it comes to creative marketing ideas.

With the new launch of the 2011 Volkswagen Jetta, the VW brand has set the social media grapevine buzzing with another engaging and fun social media outreach campaign which has everyone on the social web talking about the new Jetta.

The Indian car market has been very active with new launches with several manufacturers and and equal number of hot new launches taking place in the last three months with every model vying for attention both from the consumers and media. Car sales is a very aspirational space and the more people talk about a car, the more you want it! So just how did Volkswagen India get people online to talk to talk about the all new Jetta and capture attention?

They launched the Anything4Jetta campaign and got people to talk about what they would be willing to do to get their hands on the all new VW Jetta! The online campaign is centered around a micro-site which is primarily Twitter centric…or in other words, you can login directly with your Twitter account.

Simplicity is key and the anything4jetta.com website gets straight to the point on the homepage. As a visitor that would like a chance to win the new Jetta, all you have to do is Tweet what you would do for the new Jetta along with the hash tag #anything4jetta and your witty tweet may qualify you for a range of monthly prizes and eventually the grand prize of a brand new Jetta.

So that would get users thinking up smart tweets and tweeting but there is more. A clever point system explained here within the site would point out you get points for following @volkswagenindia, SMS tweets, voice tweets, uploading photos, uploading crazy videos of what you’re willing to do, retweets and other activity. THAT is what makes this a complete social media experience exploiting all channels to create buzz around the Jetta and the incentive… points (and the grand prize of possibly winning a car of course).

As a result Twitter is buzzing with chatter over the new Jetta, videos are being added, photos shared and ….they have out attention. 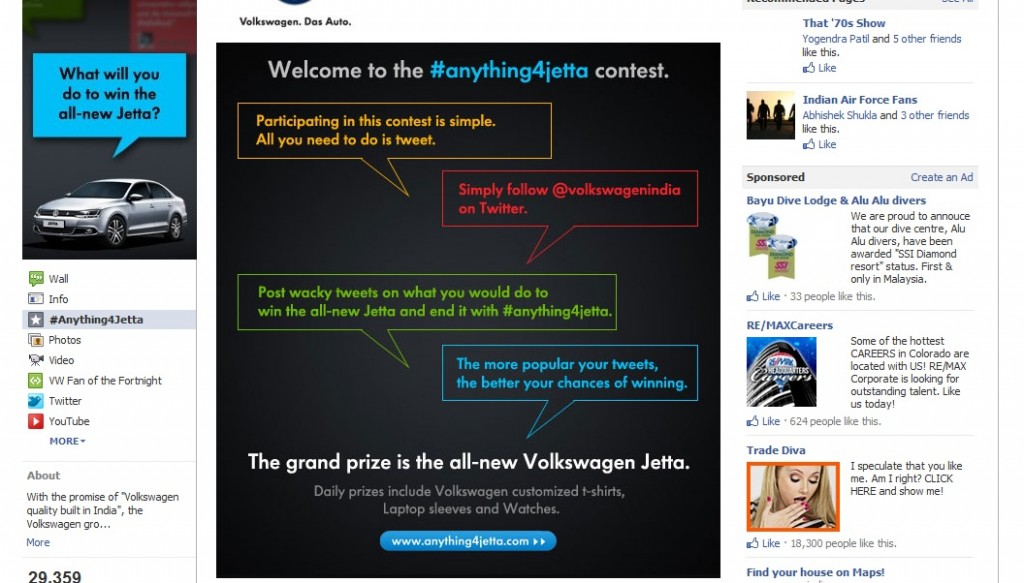 – It get’s users to do a lot of the creative work and come up with fun, catchy tweets that could draw further attention

– Very low entry barrier to get started with the campaign and competition. All you need is a Twitter account and add a hash tag to your tweet and you are in the running

– Doesn’t directly advertise the product since the campaign itself is fun and about coming up with crazy things you would do to win a Jetta. Yet the product is well placed everywhere, showcased on the anything4jetta.com site

To sum up, the Anything4Jetta campaign is just a very fun and engaging campaign which still gets people buzzing about the car. Isn’t that what it’s all about?